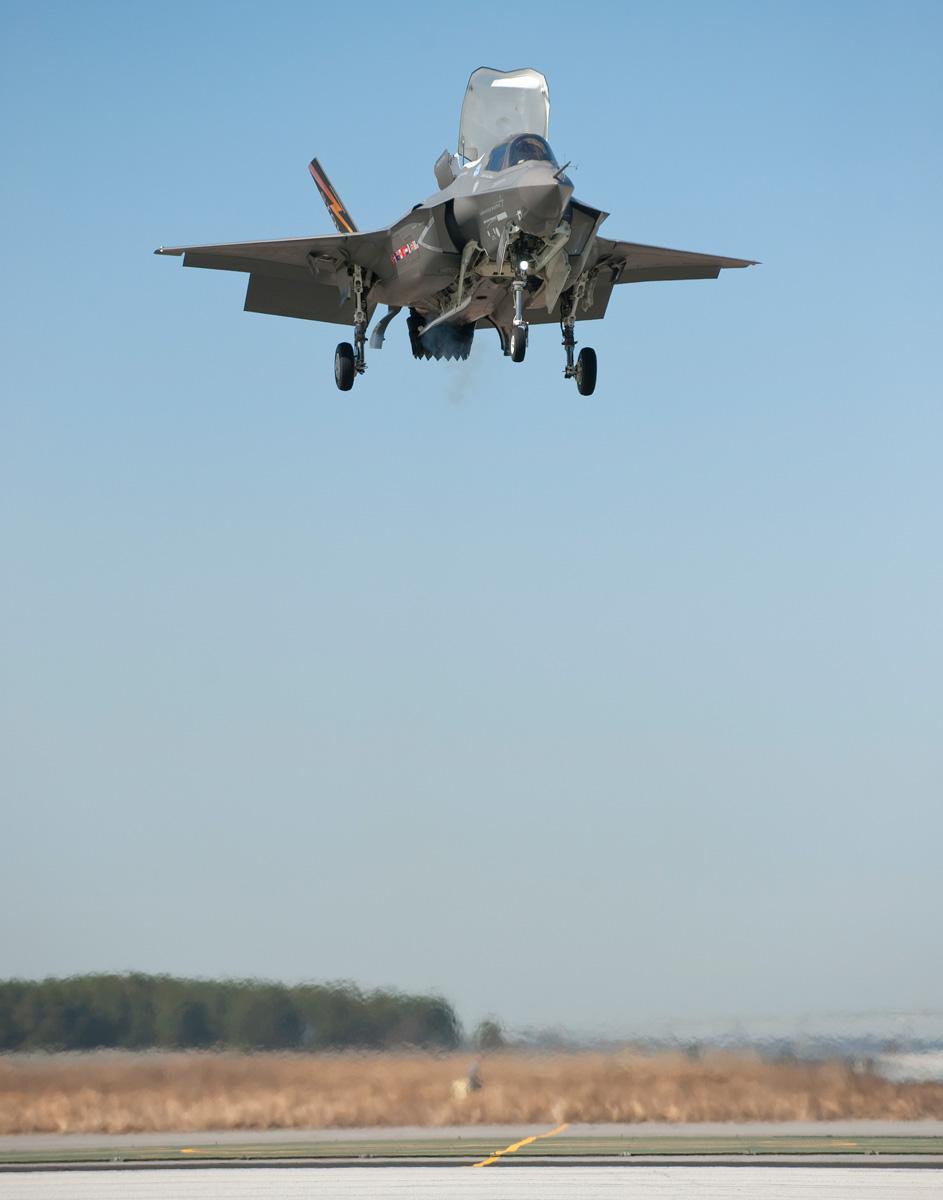 The supersonic Lockheed Martin F-35B Lightning II stealth fighter lands vertically for the first time on March 18, 2010, at Naval Air Station Patuxent River, Md. The F-35B will be used by the U.S. Marine Corps, the United Kingdom's Royal Navy and Royal Air Force, and the Italian Navy and Air Force. It is the first supersonic fighter capable of short takeoffs and vertical landings, and will have the capability to operate from austere bases near front-line combat areas, and from small ships.