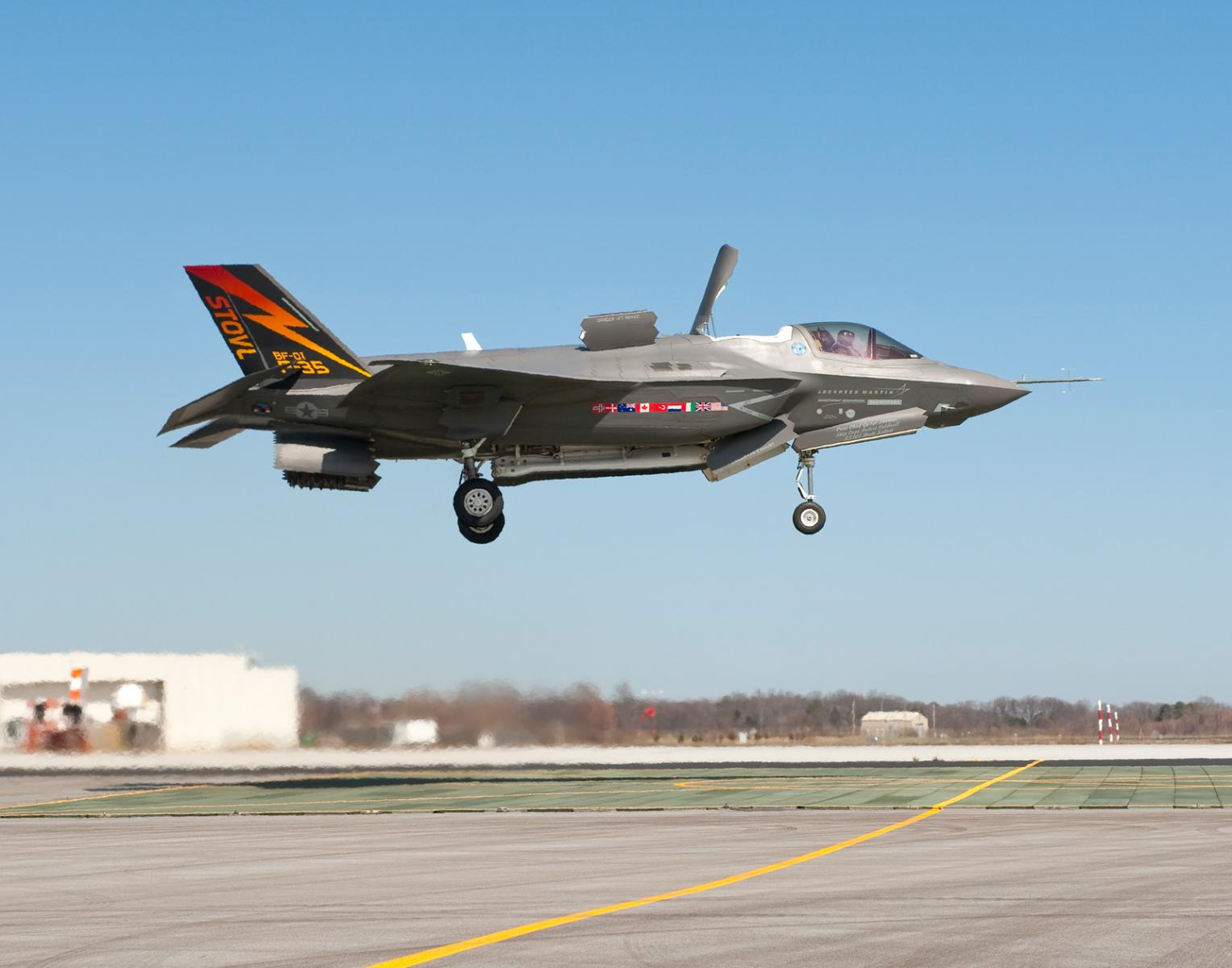 The Lockheed Martin F-35B Lightning II begins descending to its first vertical landing on March 18, 2010, at Naval Air Station Patuxent River, Md. The successful test confirmed the aircraft's power and controllability during hover and vertical landing, a requirement that will enable supersonic stealth jet to operate out of confined spaces on land or small ships