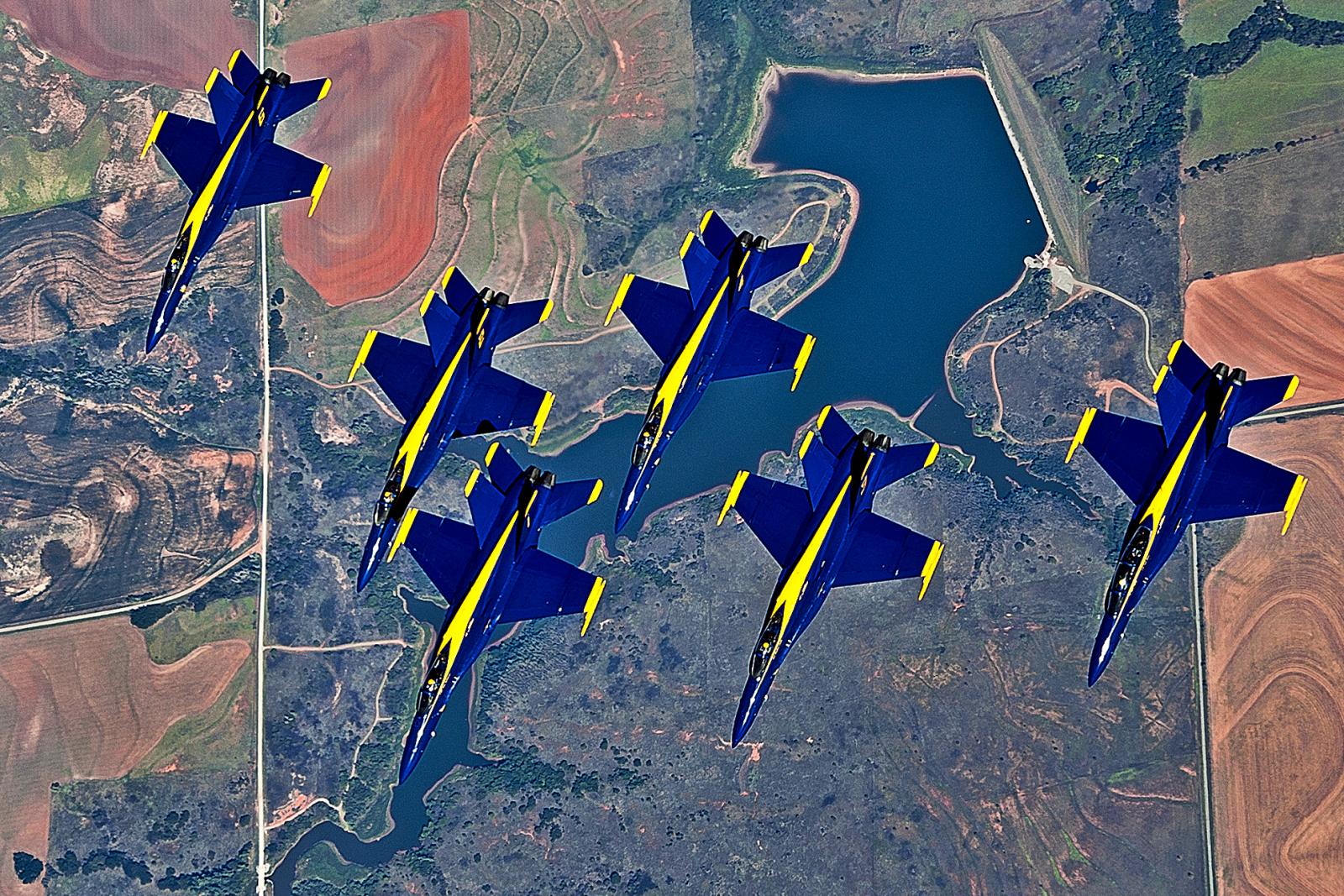 A formation of Navy Blue Angel FA-18 Hornets fly after a KC-135 Stratotanker air craft from Altus Air Force Base refuels them between Oklahoma and Colorado, Sept. 20, 2012. The FA-18 pilots are assigned to Naval Air Station Pensacola, Fla. Aircrew from the 54th Air Refueling Squadron at Altus Air Force Base refueled the Blue Angels on the way to Grand Juction, Colo., to perform in the First Mountain West Airshow. The Blue Angels travel 300 days out the year to perform aerial stunts for audiences U.S. Air Force photo by Airman 1st Class Levin Boland