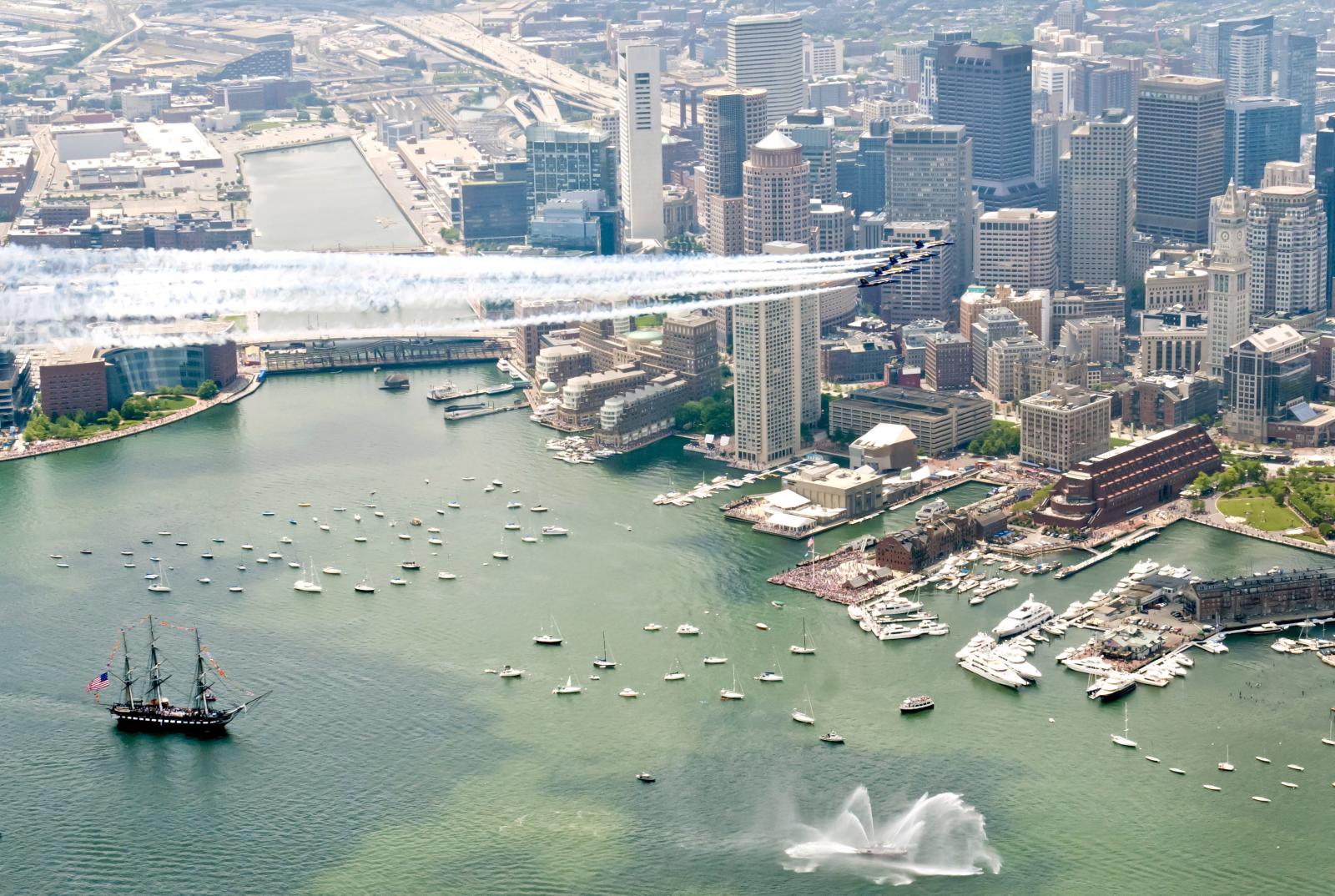 BOSTON (July 4, 2012) The U.S. Navy Flight Demonstration Squadron, the Blue Angels, flies over USS Constitution during the ship's annual turn-around cruise on July 4th as part of the Boston Navy Week 2012. This celebration is one of 15 signature events planned across America in 2012. The eight-day long event commemorates the Bicentennial of the War of 1812, hosting service members from the U.S. Navy, Marine Corps and Coast Guard and coalition ships from around the world. (U.S. Navy photo by Mass Communication Specialist 3rd Class Billy Ho/Released)