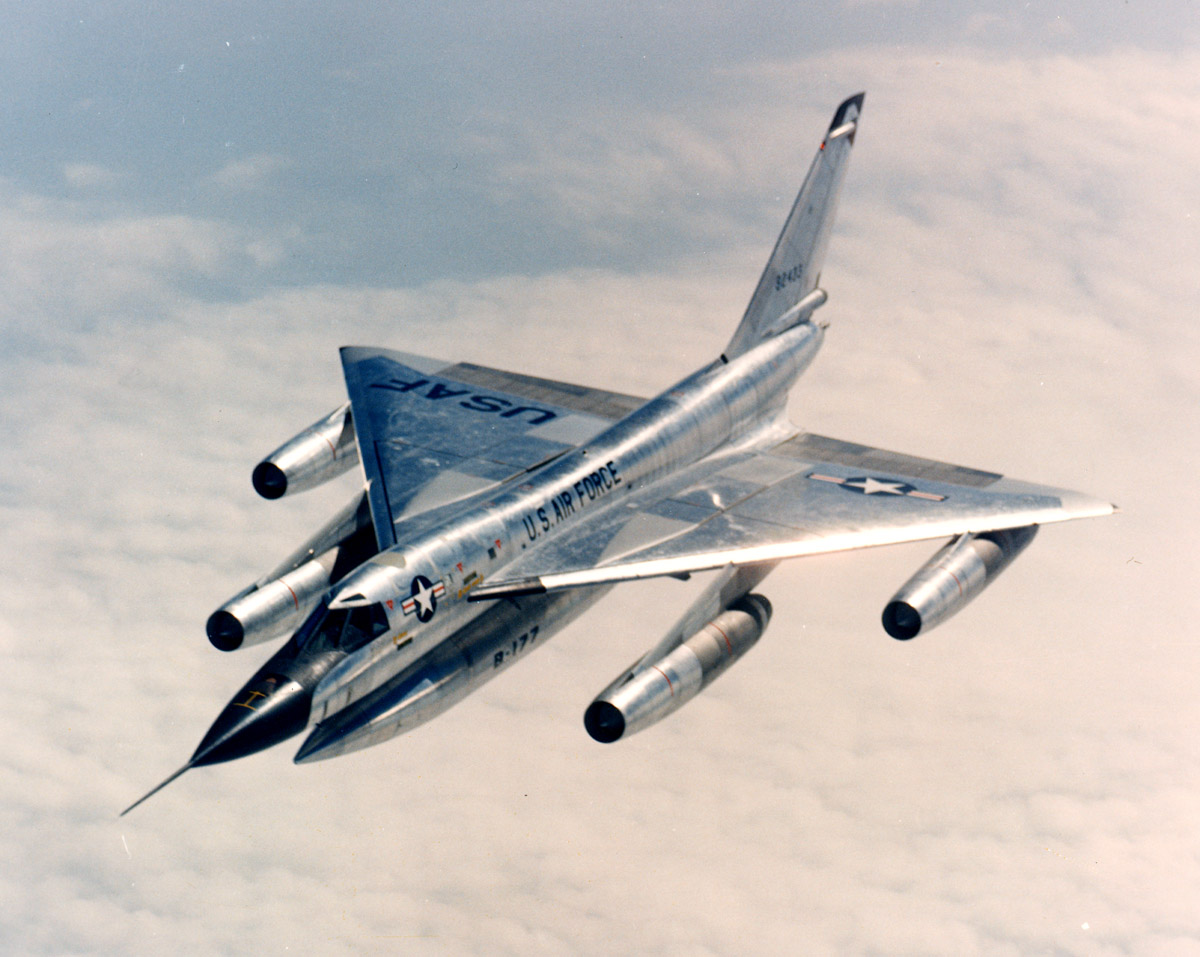 B-58 Hustler In Flight

The B-58 the first USAF supersonic bomber program. The design was based on a delta wing with a leading-edge sweep of sixty degrees with four General Electric J79-GE-1 turbojet engines. The aircraft was capable of flying at twice the speed of sound. Although its large wing made for relatively low wing loading, it proved to be surprisingly well suited for low-altitude, high-speed flight. Its tandem seating compartments accommodated three crewmembers—a pilot, bombardier/navigator, and defensive systems operator.

Photo Information for B-58 Hustler In Flight