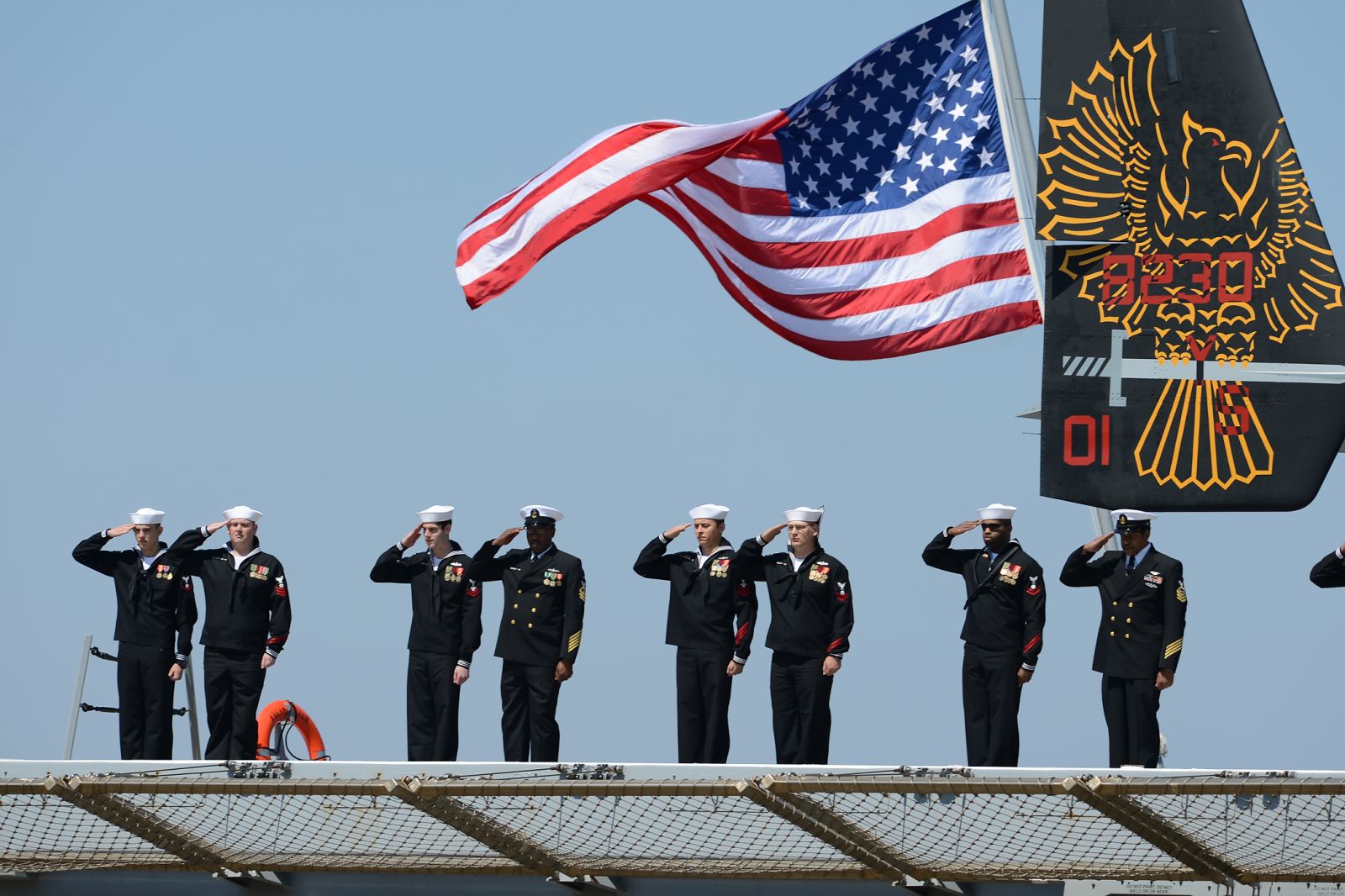 NORFOLK (April 6, 2013) Sailors assigned to the amphibious transport dock ship USS Arlington (LPD 24) man the rails and bring the ship to life during its commissioning ceremony. Arlington was named for Arlington County, Va., and honors first responders and the 184 victims of the Sept. 11, 2001 terrorist attack on the Pentagon. (U.S. Navy photo by Mass Communication Specialist 2nd Class Tony D. Curtis/Released)